Why do we need to focus on the basics of learning? Aren’t we all up to speed? We’ve all earned a bachelor’s or master’s degree from some state university or attended countless seminars, webinars, and conferences that are all about the industry, right? Of course we have. But how many of those actually go back to the basics of how people learn? Too often we forget the fundamentals of learning and behavior change and get lost in a discussion about the best ways to teach.

Vince Lombardi, the famously successful football coach of the Green Bay Packers in the 1960s, is widely known and respected for how often his teams won. They won almost all the time. Winning was truly a tradition with his teams. There have been a number of studies done on how he was so successful and most come back to two things: 1) his drive for perfection and focus on winning and 2) his focus on the fundamentals of football. 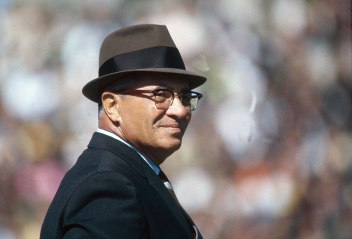 While I admire and find his drive and focus for perfection inspirational, for our purposes here I’m going to talk about his focus on the fundamentals of football and why that’s so significant.

Imagine you’re in the shoes of one of Lombardi’s players – let’s say the quarterback. In American football, the quarterback is the person who controls the offense and either runs the ball himself, hands it off to another player, or passes the ball in an effort to score points. It is, arguably (and I’m sure some would … loudly argue), the most important player on the team. The quarterback takes orders from the coach, but often has the leeway to make on-the-field audible decisions.

So let’s say you’re the starting quarterback on one of Lombardi’s teams and you’ve just won the championship the season before. The first team practice of the next season opens with Coach Lombardi pacing at the front of the team room, holding a football and he says “gentlemen, this is a football” (Clear, 2016). And not only does he introduce you to the football, but he leads the team out of the locker room and onto the field, stalking the field, pointing out the width and length of the field, yard markers, 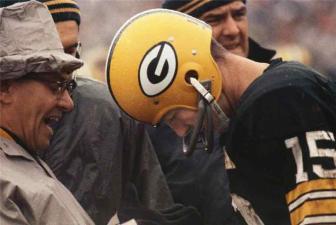 and the end zones (where points are scored). The assistant coaches review the basics of running, blocking, and tackling with each player (all of whom have been playing their whole lives). And then each unit of the team reviews with Coach Lombardi and his assistant coaches the details of each play, starting from the most basic to the most complex. How frustrating might it be for that quarterback, or any of the players, to begin at that level?

But look at the results – despite their initial frustration with Coach Lombardi’s simple way of kicking off the season, the Packers won almost all the time with five total championships in the NFL in a seven year stretch, as well as the first two super bowls (in 1966 and then again in 1967). Clearly there is something to returning to the basics.

I think as L&D professions we need to return to the basics and work off a foundational understanding of how people learn and remember that it takes a series of simple things to make big things happen.